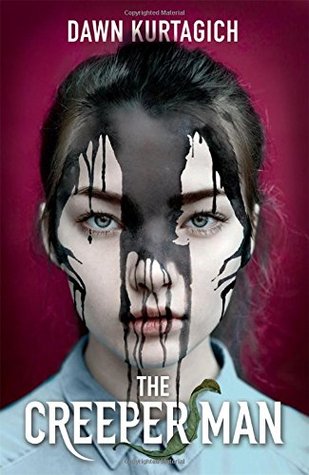 When Silla and her little sister, Nori, escape London and their abusive father, Aunt Cath's country house feels like a safe haven. Leaving the smog and fear behind, the girls have the love and freedom they never had in their violent home. But slowly, ever so slowly, things begin to unravel.

Aunt Cath locks herself in the attic and spends day and night pacing; every day the surrounding forest inches slowly towards the house; a mysterious boy appears from the enclosing wood offering friendship, and Nori claims that a man watches them from the dark forest. A man with no eyes who creeps ever closer. . .


The Creeper Man is Dawn Kurtagich's second novel and I was highly anticipating this since I heard of its release back at the beginning of the year I think it was.

I was blown away by The Dead House by Dawn Kurtagich so I had extreme expectations for this book.

And it did not disappoint.

I love how creepy Dawn Kurtagich makes her books. Like man, the creeper man, the descriptions of this character alone had me sleeping with the lights on but that was not only the scary description in this book.

This book was just apprehension, tension and looming dread from the very first page. I love Dawn's writing style. It is just perfect for the genre of books she writes. The disjointed, descriptive, write as the characters thinks and speaks just adds so much to the horror feeling of this novel.

I was incredibly spooked. And I loved the characters so much that I was so scared for them and they were just incredibly fleshed out and deep that they were literally like real individual people for me and I love it when characters are like that. Everything they felt, I felt for them and I was just so invested in these characters.

Then the ending of the novel had to be one of the biggest twists I've ever read in a novel. I was not expecting it at all. The plot of this book was incredible and that ending just made it ten times more fascinating and I was utterly shocked just finding out what was going on. Out of all the twists that I was creating in my mind, like betrayals and other weird conclusions, I never, ever, ever guessed or even had an inkling at what that ending revealed.

This book, just like The Dead House, was stunning. The physical format, the writing, the characters, the story, the ending. Everything was just perfect and Dawn Kurtagich is now one of my auto-buy authors. I will be excitedly awaiting more book news from Dawn as I am going to read every book that she writes. Simple as.
Posted by YAlover96 at 05:23